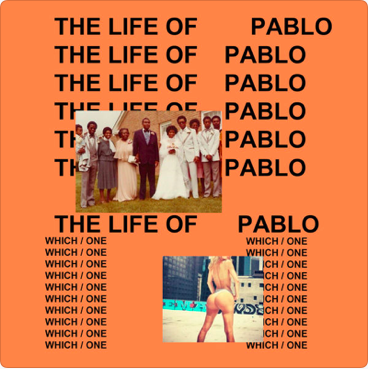 He was once my favorite artist, and it is no way an exaggeration to say that I grew up listening to Mr. West. My daddy was big into old-school Kanye and DTA-era Jay-Z, and I vividly remember being in elementary school, sitting in the backseat of the car on the way home from school, my daddy blasting ‘Jesus Walks’ and ‘Roses’ (clean versions of course) and me and my brother singing along word-for-word. That was 4th & 5th grade. I remember the awkward middle school years, listening to Stronger from Graduation and arguing with a boy in my class that yes, Kanye sampled the song from Daft Punk…and not the other way around. I remember 808s and Heartbreak, particularly See You in My Nightmares, the angsty ballad of my angsty 8th grade year. I remember G.O.O.D. Music. There were no clean versions, and I loved ‘Looking For Trouble’ and ‘Take One for The Team.’ There was a strict no explicit music policy in our household, enforced by my father who would have my brother and I play songs from our iPods aloud at random. G.O.O.D. Music was forbidden, and thus all the more enticing. I knew nearly every song on GOOD Fridays by heart. 10th grade year I remember the shear joy I felt the first time I heard Monster, specifically Nicki Minaj’s verse (I still get goosebumps when I hear it). 11th grade and on into senior year I remember all the glory that was Watch The Throne. The scream in the middle of ‘Otis’ was a victory cry and exaltation. I even listened to Yeezus. And blasphemous though it was, I loved it. It was just after my freshman year in college. The album was experimental and angry. I was experimental and angry. I heard Nina’s voice on Blood on the Leaves, having only heard Strange Fruit for the first time a couple months before, and I felt, as I often have, that Kanye was producing the soundtrack for my life.

Of course with each successful album Kanye became more outlandish. Amber Rose left him, his mother died undergoing a procedure he paid for, and Kanye sort of lost it (my mom and I have a theory that he’s still in mourning, that one day he’ll wake up and realize the last ~8 years have just been a hot mess). I defended him anyway. I have never had an issue with Kanye’s vanity. I read a great article once explaining his ego as a radical expression of black self-love, of “boldly asserting [him]self in a world that is not meant for [him],” and I appreciate him for that. I appreciate Kanye for being both unapologetically black and unapologetically great. I appreciate Kanye for teaching us that when you’re great at what you do, it’s ok to be proud and a bit cocky too. I appreciate Kanye for silencing the haters who still lowkey think black people should “stay in their place” and be happy with what we can get. Kanye says: no, I want everything, I deserve everything, and really “who gon’ stop me huh?”

That being said, at some point Kanye crossed the line between egotistically confident and obscene. I know Kanye more these days for his Twitter rants, misogyny (particularly toward his ex, Amber Rose, an advocate for feminism and sex positivity), and marrying Kim Kardashian, than any horrendous feature he’s done since Yeezus in 2013. He is the subject of ridicule and disdain, no longer the begrudging respect he once commanded. The Grammy’s diss him. Nike disses him. Other artists diss him. And everyone agrees that he deserves it, screaming his faults and trampling his triumphs, seeing him not as a black man and artist worthy of respect, but rather another black rapper to be appropriated, liked only as a form of ridicule (see: white frat boys throwing “hip-hop” themed parties and yelling n*gga at concerts), and that ultimately needs to shut up and sit down.

Kanye is not a nice person. And, to be totally frank, these days I don’t like him at all. But The Life of Pablo is a masterpiece. The opening chorus on Ultra Light Beam nearly made me cry. It is all ego. All ambition. Angry and at the same time audaciously mocking and indifferent (see: I love Kanye). But it is human as well. Kanye loves his wife. He loves his family. But he is fighting demons, just like all of us. At some points in the album it is very difficult to tell who is winning. And I am concerned that eventually, no one will care. That we will overlook his genius, his demons, and his daring, because this rude awful man is all anyone can see. I am afraid that his black will be separated from his greatness, but that when he is crucified, his blackness is all anyone will see.

I am afraid that Kanye is no longer the ‘Champion’ we need him to be.

I still ride for ‘Ye. I don’t think I’ll ever be able to not. Even at the height of his nonsense he created Kids See Ghosts. And I believe from the bottom of my heart that if ‘Ye is still capable of producing music of this caliber, he can’t be all lost.